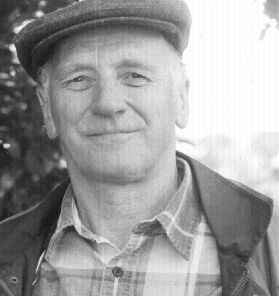 Born at Woodland, Washington, January 19, 1934; claimed Coos Bay, Oregon, as home since 1937. Worked in logging camps from 1950 to 1953. Served in the Air Force as a jet engine technician and as an aircraft maintenance officer, stationed at various places around the world, until June, 1975. Returned to boyhood home near Coos Bay at that time to pursue strong avocational interests in regional history and ethnography. Attracted to the power of biography as an approach to those subjects, had two books published by the University of Oklahoma Press in its Civilization of the American Indian series:

Above the Falls: An Oral and Folk History of Upper Glenn Creek, Coos County, Oregon, based on oral interviews and family histories of remote wilderness homesteads in western Oregon, was self published in 1992 with a second, revised edition in 2003. Sorry, this title is currently out of print.

Sawdust in the Western Woods: A personal, pictorial, and primarily oral history of the small sawmill in the Douglas fir region, 1926-1956. Published 2009 on the occasion of the "first annual" Forest History Roundtable Conference held May 15, 2009, at the Tillamook Forest Center, Oregon.